An opportunity to address diversity question

As most will be aware, businesses with over 250 employees will need to publish gender pay reporting figures in April 2018, which will be calculated from April 2017.  Reporting will need to cover the differences between pay for men and women from an hourly, mean median, bonus and salary received over each quartile perspective.

Accountants can tackle the gender pay and recruitment gap

So far, so straightforward – but while many might think of this reporting as an additional administrative burden – one to add to the ever expanding list – it does in fact raise the wider question of how accountants in particular, might better tackle the question of addressing diversity issues within the industry. Gender stereotypes do remain significantly unchallenged within the accounting industry with men still currently dominating the sector.  Recent research by MSCI, for example, found that out of 2,470 global companies, 203 had a female chief financial officer, only 8% of the total. Slowly the figures are moving upwards as many companies do recognise the huge benefits that acting upon and championing the diversity agenda can bring.

From an employer’s perspective, the benefits of the new regulation is clear. By offering candidates the chance to compare rates of pay, provide transparency in pay scales, larger employers (those who will report) will be able to demonstrate by their willingness and ability to adhere to the new scheme. Their employment packages will be fairer, more open and ultimately with the additional bargaining power at their disposal, it will give the potential new recruit more opportunities.

Continuing to tap into the knowledge and understanding that many women will have built up in their careers and which many, once they have had a family are still keen to develop is a no-brainer, but it continues to remain a challenge within the accountancy sector. However, flexible working, keeping in touch days and returning to work programmes are starting to play their part in ensuring that women’s hard-earned careers within accountancy remain on track as they progress through their working lives. The bottom line – a term many accountants are wildly familiar with – is that the introduction of this new legislation is a win: win situation for all – candidates’ pay gets pushed up the negotiating ladder as more data is readily available; so recruiters and employers will continue to seek out and reward those who are best qualified and skilled at what they can offer. It’s a fascinating journey that we’re all on and one where we’ve only just reached first base. As the recent CIMA’s 2016 Salary Insights report sponsored by GAN showed, the average rate of pay for UK qualified accountants was £63,991 versus £33,631 per annum for students. The question we need to ask is, what will these figures start to show once the new legislation comes into force as companies adapt and attempt to plug the gender pay gap? With a few companies already beginning to report their pay gap figures, we’re starting to see a new picture emerge.

If you're an accountant seeking a new role or an employer looking to boost your team, then maybe we should be talking. 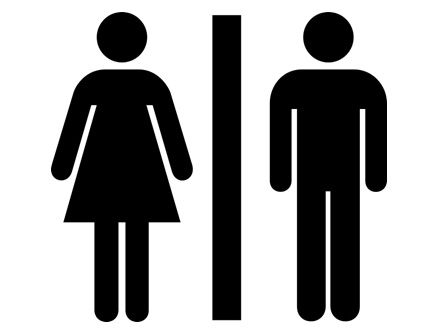 Date: 27 June 2017
Author: Adrian O'Connor
Tags: Diversity
back to blog results
Being an Active Candidate in a Tough Market
READ
Is finance a good career?
READ
Chianeva George, CFO and CHRO at The New Georgia Project | Understanding the importance of diversity
READ
5 Non-technical skills to boost your career in finance
READ
Bridging the gap in the finance skills market
READ
Focus on engagement
Improve efficiency, productivity, success
READ
Global mobility for professionals on the increase
If you have ever considered working abroad, then you’re not alone.
READ
How to prepare for interviews more effectively
Tailor your application
READ
From finance graduate to CEO: the story of Corie Barry
READ
The Finance Bill
what the cuts mean for accountants
READ
Global launches mobile app
Global Accounting Network launches new mobile app for accountancy jobs
READ
The Joys of an Ever-Shifting Job Market
READ
A Guide to Moving to Australia as an Accountant
A guest blog from Richard Lloyd Accounting Recruitment
READ
The Highlights: Our Diversity Event Celebrating Women in the Workplace
READ
How do you win at a finance career?
READ