Is a Diversity and Inclusion policy enough? | The Variants Analysis - Episode 6 with Chianeva George

What does a diversity and inclusion policy look like in today’s workplace? Does it make any real difference?

In the latest episode of The Variants Analysis podcast, our host Adrian O’Connor speaks to Chianeva George, C.P.A, CFO and CHRO at The New Georgia Project, about the reality of diversity in finance, what we should be focusing on, and how sustainable approaches to D&I hold the potential for long lasting change.

If you haven’t yet, you can listen to the full episode here.

According to research from McKinsey, 65% of companies have at least one woman on their executive teams. That number sounds encouraging, until you dig further and see that overall representation sits at only 15%.

“When you take a deeper dive and you look at the senior leadership, it just looks one way. So for me, it’s more of a marketing thing than a true intent,” explains Chianeva.

That same McKinsey study shows small gains in terms of representation of ethnic minorities in senior management, with a 1% increase from 2017 to 2019. That percentage point is particularly disappointing considering the overall representation of people of colour in senior positions is still sitting at around 13% in the UK and US.

It’s been shown that gender diversity in particular – and a focus on D&I in general – is good for company performance. Studies have found that companies embracing diversity are 25% more likely to experience above-average profitability than those that don’t.

Having people from diverse backgrounds in senior positions is especially important, as this creates an environment where future decisions are made from a representative place.

Chianeva highlights that a more diverse board of directors is a very small part of the solution: “Is the lack of diversity a symptom, or is it the actual problem? For me, it’s a symptom of something far bigger. This is what happens when you create a structure that is designed, for one, to create a dependency.”

Dismantling that system and creating an environment where diversity is celebrated and encouraged, then, is key.

Hiring biases express themselves in many ways. Hiring from the same kinds of colleges or universities, having an exclusive interview process, or being strict about interview environments can all skew the types of candidates you have in your interview room.

Moreover, the hiring manager’s prejudices and perceptions of candidates play a large role in the eventual outcome of an interview. It’s been found that nearly 60% of decisions are made within the first 15 minutes of that conversation, meaning any preconceived notions about a person are likely to heavily influence the final decision.

In fact, in many cases, the biases of hiring managers play a role in who even gets a call for that first interview.

There have been several studies on the effects of identity markers like name, race, location, age, and universities attended. One particularly jarring example is a US study where researchers created resumes for black and Asian applicants.

It’s typical to hear the terms “cultural fit” or “seems like a nice person to hang out with outside of work” after an interview – and while it’s perfectly normal to want to employ someone who’ll adapt well to your working environment, that’s exactly how uniform workplaces are created.

Implementing interview panels is a good way to break this cycle – but only if that panel is more representative itself. Similarly, blind challenges or CVs can clearly be a helpful exercise in removing unconscious bias from the initial selection process.

Creating real equality, diversity and inclusion in the workplace

“The way that you address this issue isn't by creating another position, or another nice title, and putting this all over your marketing. It's… let's dismantle this,” Chianeva explains. Too many companies view D&I agendas as a one-off, public exercise.

In reality, the process requires buy-in from all levels of the business and a willingness to learn about the things that aren’t working. Fostering a space where conversations about these issues can be had and teams can work together to find viable solutions is crucial.

Listen to the full conversation here and let us know what you think by reaching out to Adrian or Chianeva on LinkedIn. 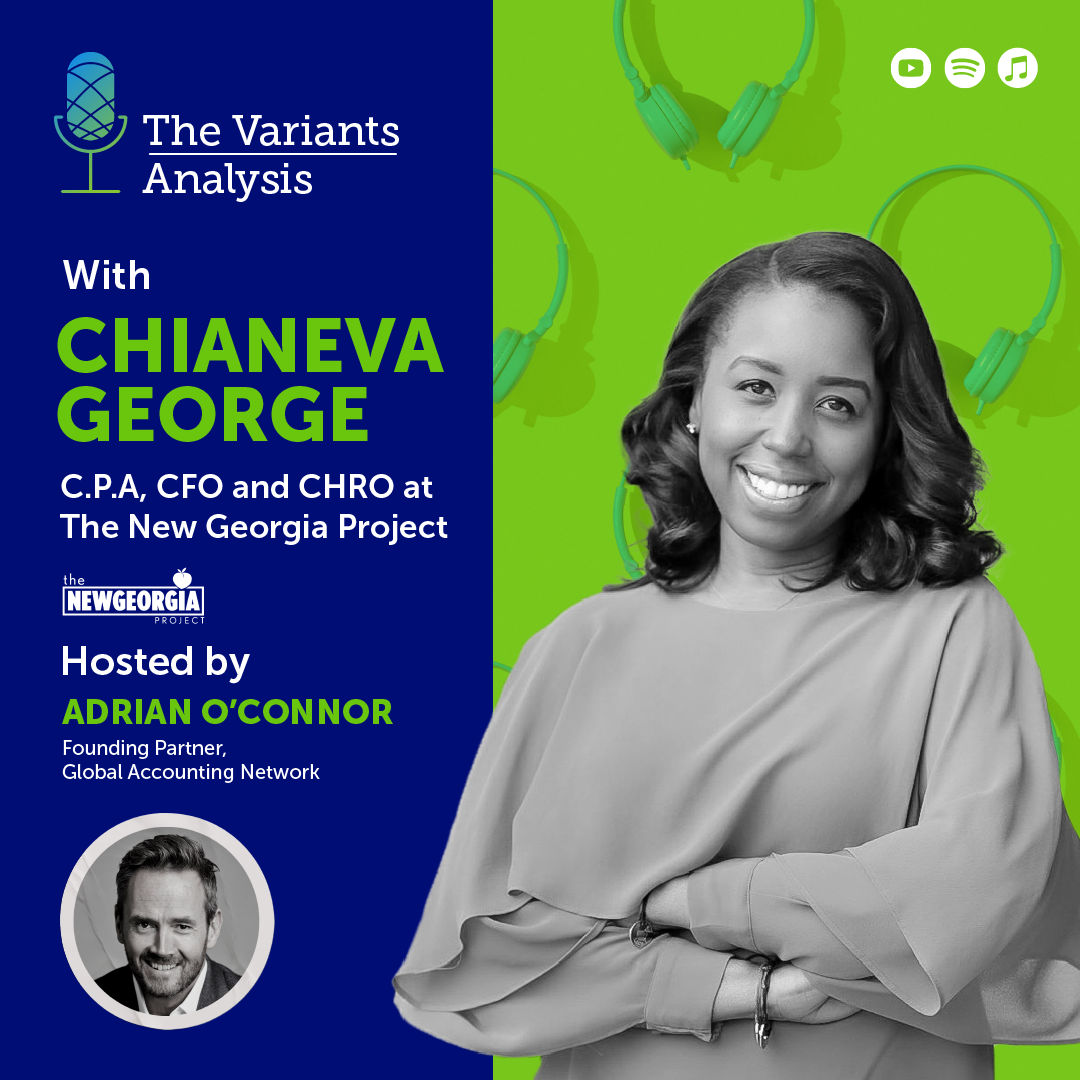 Date: 09 December 2021
Author: Adrian O'Connor
Tags: equality; diversity and inclusion in the workplace; diversity and inclusion policy; diversity in finance; D&I
back to blog results
Making your organisational values count
Values are absolutely worthless unless they are lived and embodied by your team
READ
Why I Hate Recruiters – By a Recruiter
READ
Three piece suits to shorts and flip flops
Does your maths brain work with your knees exposed?
READ
Treaty Shopping
Major corporate tax treaty will help prevent “treaty shopping”
READ
How to find a job during a recession
READ
CIMA Salary Survey 2016 – what are your CIMA accountants thinking?
READ
Embracing automation
The changing role of the accountant
READ
From finance graduate to CEO: the story of Corie Barry
READ
How do you create emotional buy in among your team and maintain an effective dialogue?
READ
A Guide to Moving to Australia as an Accountant
A guest blog from Richard Lloyd Accounting Recruitment
READ
Gender pay reporting
An opportunity to address diversity question
READ
Why Employee Engagement Matters: the measurable impact
Clearly, investing in engagement pays dividends
READ
Why company culture matters
the ability to engage employees effectively is a valuable asset for any organisation
READ
Things go wrong, particularly in a people business.
It's how you deal with it that counts.
READ
How prepared is your business for the War for Talent?
This problem is not going away
READ