The world of finance can often seem like an inflexible one, with a rigid approach to career development that doesn't lend itself to deviation. But with changes in attitudes to remote working and employee well-being, the environment is becoming more adaptable.

A recent trend in the general employment landscape is the integration of travel and working abroad into a traditional career path. Whilst this has not necessarily been an option for the majority of us over the past 18 months, the preceding years saw many deciding to move overseas in pursuit of work.

According to a 2018 study, 58% of expats moved abroad because of their career. And the benefits are numerous. Survey respondents noted that they learned a variety of skills because of these moves, including how to adapt to new environments, social, communication and foreign language skills.

This week’s guest on The Variants Analysis is no stranger to the topic. Buster Kennett, finance specialist and globetrotter, has lived and worked in five different countries throughout his career, often taking year-long breaks between roles to spend time with his family.

Our regular host and Global Accounting Network’s Founder, Adrian O’Connor, speaks to Buster about the risks and rewards he’s discovered on his unconventional career journey. Buster tells Adrian about the opportunities that he would otherwise have missed out on if he hadn’t moved overseas, and how his nomadic lifestyle has taught him to value family and his own wellbeing.

Having started out as an Auditor at KPMG, Buster’s beginnings were relatively traditional. But as Adrain discovers, his career progression through to CFO then took a fascinating route. Buster shares his insights into why those first roles were key to his later success, his one early career regret, and why understanding cultural differences when working abroad is so important.

The Variant’s Analysis is a podcast series of conversations with finance and accounting leaders, all with an inspiring and insightful story to share. Each episode features a fascinating guest recounting pivotal moments in their career journeys, challenges they have faced along the way, and their predictions for the future of the industry.

Listen in full to Buster’s entertaining episode. To hear from our other guests, you can also access all episodes of The Variants Analysis.

If you would like to extend the conversation, you can connect with Buster on LinkedIn.

As always, get in touch with our fantastic host Adrian via his LinkedIn page. He’ll be posting information on future episodes and other exciting updates.

For recruitment support or advice, you can get in touch with the expert team at Global Accounting Network via our contact page. 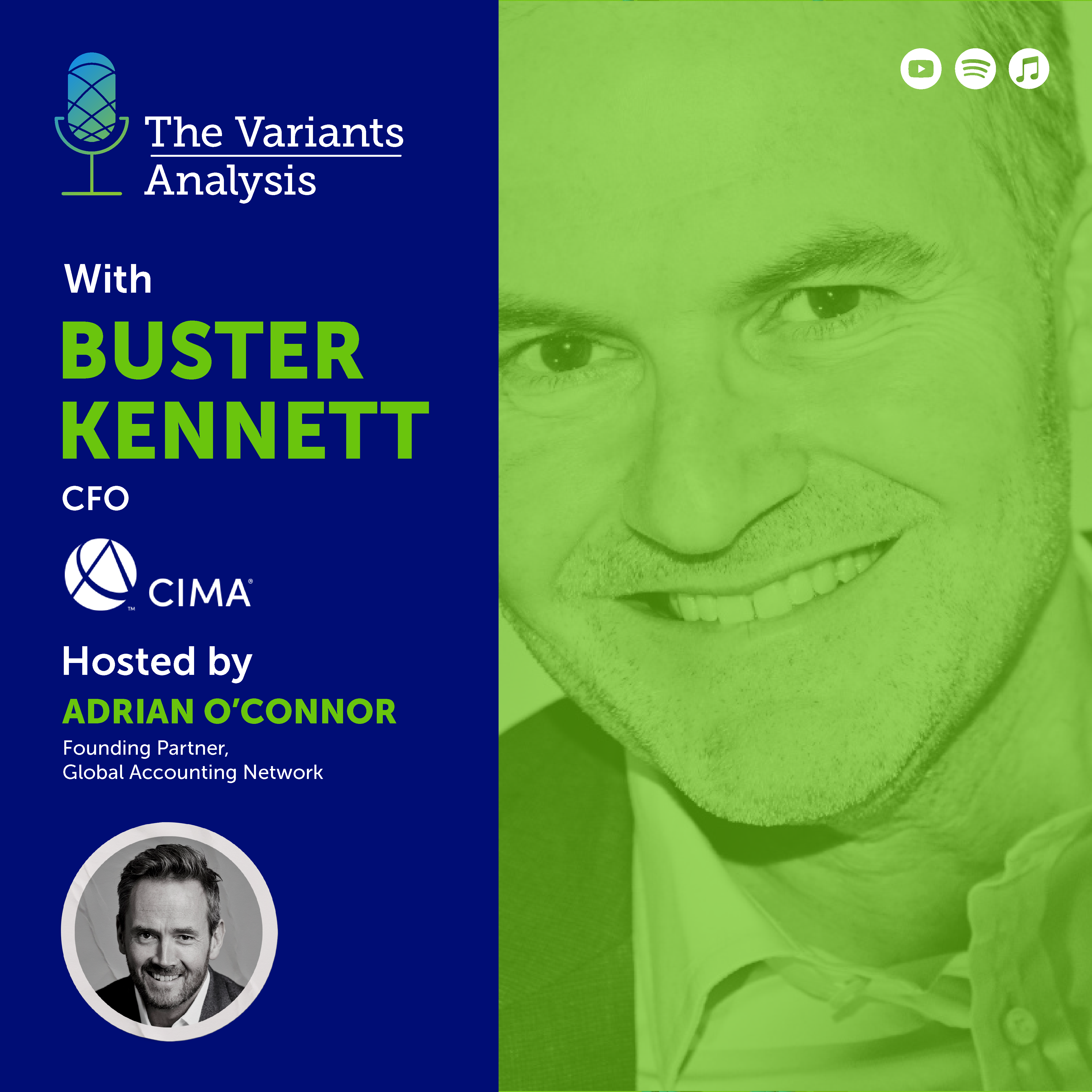 Date: 11 November 2021
Author: Adrian O'Connor
Tags:
back to blog results
Are you happy in your current role? More importantly, should you be?
READ
Being an Active Candidate in a Tough Market
READ
The rise of AI in accountancy
Technological progress has never previously failed to generate new and exciting employment opportunities
READ
How to build a successful career in recruitment
READ
Why I Hate Recruiters – By a Recruiter
READ
Do be a time waster!
How to Reduce Wasted Time During Your Job Search
READ
How do you win at a finance career?
READ
Cyber-attacks
What threats does this pose accountants?
READ
It's all about people
How to keep your employees successfully engaged
READ
Identifying the right perks and benefits for you
READ
From finance graduate to CEO: the story of Corie Barry
READ
Is finance a good career?
READ
Are accountants confident in the economy?
faith in the UK economy remains stubbornly resilient
READ
5 Non-technical skills to boost your career in finance
READ
Karthi Gnanasegaram
Our Host For Our Event Celebrating Inspirational Women and Diversity In the Workplace
READ