Seventy countries have confirmed that they will sign a significant tax treaty, which may result in tax rises in several countries around the world, in a move designed to prevent so called “treaty shopping”. But what does this mean for accountants on the ground?

The signing of this tax treaty is proof that the authorities have taken notice and acted upon the accusations of tax evasion that have been levelled against large corporates such as Google, Amazon and Apple, over the last few months. It’s a big deal within the tax world, moving in on organisations which declare income via addresses in countries with favourable tax regimes. Such is its significance that the Paris-based Organisation for Economic Co-operation and Development, described it as “a turning point in tax treaty history”. For businesses operating across different territories, the impact is clear, with a predicted 10% increase in tax take across the world, many companies may find their tax liabilities affected. But, like life itself, tax is a non-negotiable part and parcel of running a successful multi-jurisdictional business. With the global tax management environment continuing to rapidly evolve, it is clear there has been a shift in focus. A recent Deloitte report, summed up the crux of this evolution “from the 'what' of the global operating model to the ‘how’ of delivery through process improvement, greater automation and more effective use of technology.”

Skills required for a tax accountant

This should come as no great surprise to tax accountants and finance professionals who are regularly used to upskilling themselves as they get to grips with the barrage of new pieces of tax regulation, legislation and other edicts, which continually fly off the regulative shelf. For accountants on the ground it will be imperative, of course, that they comply with the requirements of the new tax treaty and take the opportunity it presents to ensure their people are up to speed. As candidates and recruiters alike report, quite often, tax specialists will come to the job through different routes as they offer finance professionals a rewarding and challenging career path. And for those with a good technical understanding of the issues, it is easy to see why it remains an attractive career option to many. Contrary to popular belief, tax accountants do need good communication and team working skills, as they seek to explain to any internal or external audience, including the Inland Revenue, the technical issues which remain of increased importance. And, as mentioned in the Deloitte report, the use of technology is becoming more significant than ever before. With the introduction of this new corporate tax treaty aimed at businesses in over 70 countries, now more than ever professionals need to concentrate on keeping pace with the evolving regulatory landscape.

If you're an accountancy professional looking for your next role or an employer looking to boost your team, then maybe we should be talking. 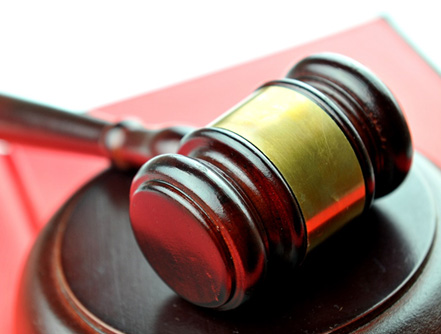 Date: 29 June 2017
Author: Adrian O'Connor
Tags: Legal
back to blog results
How do you create emotional buy in among your team and maintain an effective dialogue?
READ
White Paper - Our Employee Engagement, Motivation and Retention Event
READ
Global launches mobile app
Global Accounting Network launches new mobile app for accountancy jobs
READ
Identifying the right perks and benefits for you
READ
Lizzie Greenwood-Hughes
Host for our Event Discussing Employee Engagement, Motivation and Retention
READ
How to build a successful career in recruitment
READ
David MacLeod – Our Second Speaker on Employee Engagement, Motivation and Retention
READ
The Variants Analysis - Episode 5 with Buster Kennett
READ
What to look for in a future employer
Considering career development opportunities
READ
Focus on engagement
Improve efficiency, productivity, success
READ
It's Our Birthday
Global Accounting Network is five years old!
READ
How to create a winning CV
As an accountant your CV should not only be an accurate representation of your experience
READ
Gender pay reporting
What does it mean for accountants?
READ
10 common Interview Mistakes
READ
Edward Jamieson, Finance Director UK at JUST EAT | How a career doesn’t need to be limited to the big four to be successful and fulfilling
READ