According to new data from CV Library, accountants are putting in too much overtime, with one in 10 working seven days a week. Almost half of those surveyed (45.7%) put in more than 13 extra days a year, while two-thirds said they worked more hours than their contracts required. But we shouldn’t confuse presenteeism with productivity.

Technology has facilitated an ‘always on’ culture which is increasingly revered in the modern workplace. Employees are habitually celebrated for getting back to emails at 4:30 am, dragging themselves into work with gastroenteritis or proclaiming they love their job too much to take a summer holiday. However the prevalence of ‘hero culture’ isn’t necessarily good for business.

There’s a myriad of evidence which suggests that ‘overwork’ leads to a decrease in output. Stamford University recently calculated that that productivity during a 60 hour week is typically less than two-thirds that of a 40 hour week. While a separate study from Boston University’s Questrom School of Business found managers could not tell the difference between the output of employees who actually worked 80 hours a week and those who just pretended to. Managers did penalise employees who were transparent about working less – but there was no evidence that those individuals actually accomplished less, or, for that matter, any sign that the overworking staff accomplished more.

I’m a firm advocate of the benefits of hard work. But putting in the hours and working smart aren’t necessarily one and the same. Of course you’ll need to burn the midnight oil during times of increased demand and seven-day weeks are often essential to make it over the line at year-end. But measuring your own, or your employees’, success solely on ‘hours clocked’ rather than tangible outcomes is foolish. If you’re consistently working seven-day weeks just to keep your head above water, the chances are this is indicative of either broken processes or your own ineptitude. Take a step back from the grindstone and plough your energy identifying and implementing more efficient ways of working. If that approach isn’t successful, talented accounting professionals should seek out an employer who recognises that great performance equates to more than just being the first one in and the last one out. Success should be measured on how you impact the company’s bottom line – and while overtime may be a contributing factor, it shouldn’t be the deciding factor. View our latest accounting and finance vacancies For more insights visit our blog homepage 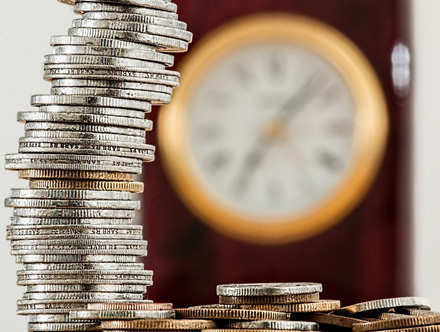 Date: 10 November 2017
Author: Adrian O'Connor
Tags: Productivity
back to blog results
How do you win at a finance career?
READ
How to find a job during a recession
READ
Accountant jobs overseas
What you need to know
READ
How do you create emotional buy in among your team and maintain an effective dialogue?
READ
Bridging the gap in the finance skills market
READ
Focus on engagement
Improve efficiency, productivity, success
READ
The Variants Analysis - Episode 1 with Del Huse
READ
The Variants Analysis - Episode 2 with Chris Spooner
READ
Chianeva George, CFO and CHRO at The New Georgia Project | Understanding the importance of diversity
READ
Catherine Spencer
The first speaker at our event, Celebrating Women and Diversity in the Workplace
READ
Being an Active Candidate in a Tough Market
READ
It's all about people
How to keep your employees successfully engaged
READ
Global mobility for professionals on the increase
If you have ever considered working abroad, then you’re not alone.
READ
Why Employee Engagement Matters: the measurable impact
Clearly, investing in engagement pays dividends
READ
Top 5 skills for future CFOs
The role of Chief Financial Officer is coming out of the shadows.
READ