The importance of soft skills in accountancy

At a time when accountancy is a career often cited to be most at risk from Robotic Process Automation (RPA), finance professionals can capitalise on innately human attributes such as creativity and emotional intelligence to safeguard their careers.

It was no surprise that the theme of the World Economic Forum’s 2016 Annual Meeting in Davos was the Fourth Industrial Revolution. Not since the 19th century have we witnessed such rapid technological change. However, rather than mechanisation, the contemporary wave of innovation is being driven by artificial intelligence (AI), mass-automation and hyper-connectivity.

Against this backdrop, it is unsurprising that there are widespread fears around how these changes will impact job availability, particularly in traditionally process-led professions such as accountancy.  Mark Carney, the governor of the Bank of England, added fuel to the fire when he warned of a hollowing out of many middle-class services jobs through machine learning and global sourcing. This, he said, could put 15 million Britons out of work as computers take on sophisticated tasks in fields including law and accounting; “Alongside its great benefits, every technological revolution mercilessly destroys jobs and livelihoods . . . well before the new ones emerge."

A recent report from Citi and the University of Oxford’s Oxford Martin School, Technology at work: V2.0, concludes that 35 per cent of jobs in the UK are at risk of being replaced by automation, as well as 47 per cent of US jobs. Across the OECD as a whole, an average of 57 per cent of jobs could disappear. The report predicts that many workers will have to retrain in their lifetime as jobs are replaced by machines. Citi subsequently recommended investment in education as the single biggest factor that could help mitigate the impact of increased automation and AI.

Looking at accountancy specifically, the FT recently reported that increasing automation and artificial intelligence are behind the reducing need for armies of graduates who can do the low-level paperwork usually required of them. In short, technology is replacing their jobs. Furthermore, a top executive at Big Four accountancy firm, EY, recently went on record to say that graduate recruitment at auditors and accountants could fall by as much as 50 per cent by 2020 due to the impact of artificial intelligence. Does this spell the end of accountancy as a discipline?

According to Accenture analysis, transactional tasks are already moving to integrated business services solutions that use robotics, which will automate or eliminate up to 40 per cent of transaction accounting work by 2020. This shift means that finance staff will spend more than 75 per cent of their time, up from 25 per cent today, on decision support, predictive analytics, and performance management. It is here where the value of soft skills comes into play.

The role of the accountant isn’t disappearing, merely metamorphosing. Today’s professionals must capitalise on the increase in data available to adopt a more advisory role, proactively offering value-added services based on live informationDespite some controversy surrounding the rise of RPA and AI, a recent poll of Chartered Institute of Accounting Professionals (CIMA) members found that the vast majority were embracing this change, with a whopping 83 per cent of support automation. When asked about the effect of such innovation on businesses, management accountants were most likely to state that the outcome would be more efficient companies as a result of better automation and data analysis (62 per cent), followed by a general up-skilling of the workforce due to the need for more advanced computer skills (47 per cent).Similarly, ACCA research shows that the next generation of accountants are aware and ready. According to its Generation Next survey of 18,000 finance professionals under the age of 36, more than half (57 per cent) believe that technology will replace entry level roles in the profession, and the majority (84 per cent) welcome this, saying that technology will enable them to focus on higher value-added activity.

This sentiment perhaps explains why a separate survey of CIMA members, undertaken in conjunction with Global Accounting Network, found that professionals are increasingly focusing their CPD efforts on strategic and ‘soft’ skills rather than furthering their technical ability, with the most frequently mentioned areas for improvement including; strategy (36 per cent), influence (29 per cent), and coaching and mentoring (26 per cent).

As accountancy moves from a purely technical role to a more consultative role, professionals can free up time to analyse data, spot trends and add real value to their organisation. It’s no secret that some elements of traditional accounting are monotonous, tedious and time intensive – it seems that the days of the number cruncher are strictly limited.We cannot fight change – we must embrace it. It is worth noting that, according to Deloitte, while technology contributed to the loss of about 800,000 lower-skilled jobs between 2001 and 2015, it helped to create 3.5 million higher-skilled roles in their place. Each of these paid £10,000 more per year than the jobs lost, adding £140 billion to the economy through increased wages.

As Andrew Harding, CEO of CIMA, points out, “New technologies will make lives easier. They create a short-term shock but deliver long-term benefit. The challenge for businesses is to use change to their advantage.” 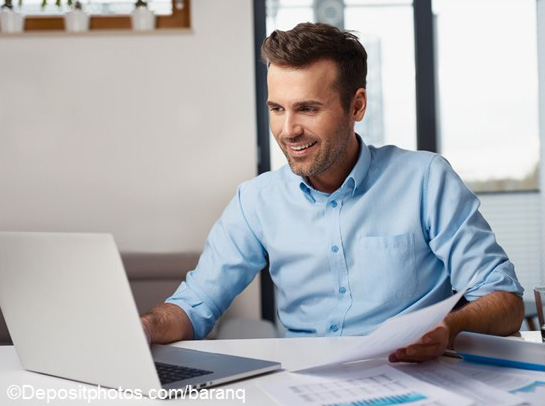 Date: 24 January 2017
Author: Adrian O'Connor
Tags:
back to blog results
Treaty Shopping
Major corporate tax treaty will help prevent “treaty shopping”
READ
What to look for in a future employer
Considering career development opportunities
READ
Susan Claris
Our second speaker for our event Celebrating Inspirational Women and Diversity in the Workplace
READ
Gender pay reporting
What does it mean for accountants?
READ
Is a Diversity and Inclusion policy enough? | The Variants Analysis - Episode 6 with Chianeva George
READ
Invest in the education you need for a successful finance career
READ
It's Our Birthday
Global Accounting Network is five years old!
READ
Productivity boost
Accountants' productivity boosted by training and development
READ
Why I Hate Recruiters – By a Recruiter
READ
STOP...Don't leave now...
Ask not what my employer can do for me, but also what can I do for my employer.
READ
Why Employee Engagement Matters: the measurable impact
Clearly, investing in engagement pays dividends
READ
Top 5 skills for future CFOs
The role of Chief Financial Officer is coming out of the shadows.
READ
CIMA Salary Survey 2016 – what are your CIMA accountants thinking?
READ
How to Retain Top Talent
READ
How do you create emotional buy in among your team and maintain an effective dialogue?
READ