The rise of AI in accountancy

While, for many, the term Artificial Intelligence or AI conjures up ideas of synthetic androids like those featured in a Steven Spielberg blockbuster or Westworld, the reality is that AI is the board theory and development of computer systems able to perform tasks which were once the preserve of humans.

The finance sector, given its heavy reliance on mass amounts of numbers and data, is a prime candidate for the automation offered by intelligent systems. In fact, according to the 2013 paper, The Future of Employment: How Susceptible are Jobs to Computerisation (C. Frey & M. Osborne), there is a 94 per cent chance that AI will lead to job losses in accountancy over the next two decades, making it the second most at-risk role after telemarketing.

However, while some commentators have eluded to the fact that a significant shift is close on the horizon, the truth is that we are already in the mist of change - and professionals are adapting in response. Gone are the days when accountants were buried in a stack of box-files with just a printing calculator for company. Financial processes are already largely automated. Precision in repetitive tasks is vital and cloud-based accounting software systems crunch numbers and sift data in real time. This perhaps explains why, according to our latest Salary Survey, which is produced in conjunction with the Chartered Institute of Management Accountants (CIMA), almost half (41 per cent) of students said developing core technical knowledge was their priority to aid career progression.

Accountants’ responsibilities traditionally involved following long-established methodologies for information analysis and professional standards for report preparation. Automation is simply alleviating many cumbersome processes, such as bookkeeping and transaction coding, enabling accountants to focus on advisory services and other higher-value work. The rise in AI has also had an overwhelmingly positive impact on accuracy and efficiency. At KPMG, for example, consultants use IBM’s ‘Watson’ to analyse massive volumes of financial data in order to detect anomalies, rather than the historic subset of total data which was necessity given the sheer volume and time constraints.

However, despite the opportunities that AI offers, the truth is that, for now, it would be near-on impossible to create a piece of software with the ability to exercise the same level of judgement that an experienced qualified accountant has at their disposal. Clashes in legislation mean that emotional intelligence is vital for practitioners to think three-dimensionally when making decisions. Calls have to be made based on context, with the benefit of diverse worldly experiences too complex to be programmed into a machine.

Far from replacing humans with machines, the organisations we work with are seeking professionals who can harness the insight and power that today’s tools offer and use it to take their business operations to the next level. Technological progress has never previously failed to generate new and exciting employment opportunities, why would it be any different now? 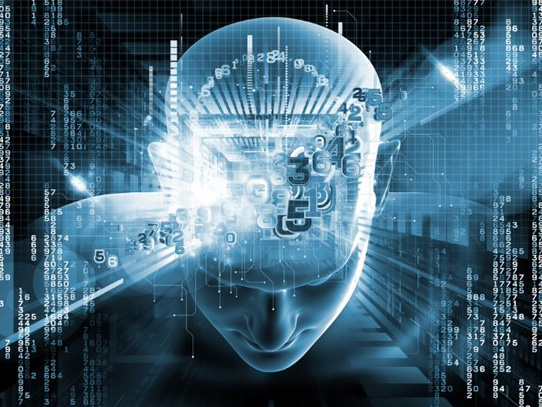 Date: 25 April 2013
Author: Adrian O'Connor
Tags:
back to blog results
Productivity boost
Accountants' productivity boosted by training and development
READ
Making your organisational values count
Values are absolutely worthless unless they are lived and embodied by your team
READ
Feed a hungry child
Answer two quick questions and help Magic Breakfast feed a hungry child
READ
Embracing automation
The changing role of the accountant
READ
It's Our Birthday
Global Accounting Network is five years old!
READ
Focus on engagement
Improve efficiency, productivity, success
READ
How to Retain Top Talent
READ
Are you happy in your current role? More importantly, should you be?
READ
What does 2017 have in store?
The best way to predict the future is to create it
READ
The Highlights: Our Diversity Event Celebrating Women in the Workplace
READ
Susan Claris
Our second speaker for our event Celebrating Inspirational Women and Diversity in the Workplace
READ
Keeping your foot on the accelerator
The value of CPD in accountancy
READ
How can the finance world help society?
READ
The Variants Analysis – Episode 3 with Edward Jamieson
READ
The Variants Analysis - Episode 4 with Gavin Adair
READ