For many business leaders, the uncertainty surrounding the exact nature of Brexit continues to hang in the air on a number of different levels with an exodus of talent being mooted across the board. A new survey from Deloitte finds that 36% of non-British workers based here are considering leaving the country in the next five years. Thus access to talent post-Brexit remains a burning issue for those engaged in hiring and accessing financial professionals. The dilemma of how their future recruitment policies will be affected, certainly in the short to medium term, continues to remain unclear.

Brexit: pushing people out of the UK?

One report has estimated that 70,000 jobs would be lost in London if a hard Brexit deal was negotiated. Another study puts the figure at 30,000, so while the jury is still out on the exact ramifications, the omens don’t look great. From a skills perspective, the Deloitte survey also found that it’s the high-skilled EU workers that are most likely to leave with the survey quoting a figure of nearly half (47%) over the next five years.  So industries such as financial services, which rely on 5% of their employees coming from the EU, may experience significant difficulties as they struggle to fill the skills gap. That is one of the many challenges that businesses face over the coming months and years. The other one that the Deloitte report puts forward as a hypothesis is that Brexit could be a catalyst for automation, which the accountancy profession is already experiencing. As I have commented elsewhere, finance professionals are racing to upskill themselves to take on the new challenges within the profession as automation continues apace. However, in my view, there is still room for manoeuvre to become more of a trusted business adviser in the future. The discussion around creating a strong employer brand also remains relevant to this debate. Without a strong employer brand in place, an employer that fails to create a supportive and engaging environment may see a downturn in their attraction and retention rates. In turn, this may lead to a fall in profitability and, Brexit or not, – a loss of staff – force even greater difficulties upon employers. In our experience, fostering a culture of shared values will certainly help build better employee relationships making them stronger and more productive, and as a result employees are less likely to leave the business.

Access to talent post-Brexit: the UK remains an attractive place to work

Whatever side of the fence you sit on, the outlook may not be as gloomy as some reports have suggested. The news from the Deloitte survey is that the UK continues to be seen as an attractive place to work and live, according to 89% of the respondents, ahead of destinations including the US, Australia and Canada. So for business leaders, while the future may not be orange, at least for the moment the signs are positive that access to talent should remain strong moving forward.

If you’re an accountant seeking a new role or an employer looking to boost your team, then maybe we should be talking. 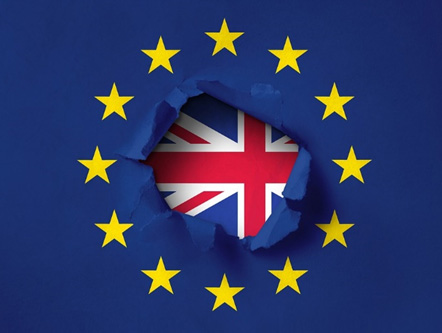 Date: 14 August 2017
Author: Adrian O'Connor
Tags: Brexit
back to blog results
From finance graduate to CEO: the story of Corie Barry
READ
Lizzie Greenwood-Hughes
Host for our Event Discussing Employee Engagement, Motivation and Retention
READ
Top 5 skills for future CFOs
The role of Chief Financial Officer is coming out of the shadows.
READ
The Joys of an Ever-Shifting Job Market
READ
Are accountants confident in the economy?
faith in the UK economy remains stubbornly resilient
READ
Focus on engagement
Improve efficiency, productivity, success
READ
The Variants Analysis - Episode 5 with Buster Kennett
READ
The Highlights: Our Diversity Event Celebrating Women in the Workplace
READ
How can the finance world help society?
READ
The apprenticeship levy
What does the apprenticeship levy mean for the accountancy profession?
READ
The Variants Analysis - Episode 1 with Del Huse
READ
The Variants Analysis - Episode 2 with Chris Spooner
READ
Keeping your foot on the accelerator
The value of CPD in accountancy
READ
Welcoming Our Part Qualified Division
Spreading our recruitment wings… Again…
READ
10 common Interview Mistakes
READ