What does the apprenticeship levy mean for the accountancy profession?

Business leaders at organisations with payrolls over £3m per year will no doubt all be preparing for the implementation of the Apprenticeship Levy, which was first announced in the 2015 Summer Budget, and is set to come into effect on 6th April. As most finance professionals will already be aware, the levy requires the UK’s largest employers to invest in apprenticeships. But how can accounting functions make the levy work in their favour, and use it to help address ongoing skills shortages?

The digital funds employers receive in return for their contribution - which equates to 0.5% of their annual pay bill – can be used towards training facilitated by approved providers. The levy also gives organisations access to additional funding offered by the government through co-investment which can also be used towards training additional apprentices or, alternatively, to upskill current workers through more advanced training. However, these funds will expire two years after entering the organisation’s digital account unless they are spent, it’s simple – if organisations fail to make use of these funds to support apprenticeship training they’ll simply lose their contribution. Growing skills shortages Skills shortages in the accounting profession have long been a topic of discussion in the UK, and indeed on a global scale, with global healthcare company Johnson & Johnson recently reporting that it took the company six months to fill an open position for a junior-level accountant in its financial-compliance department last year. Indeed figures from the Institute of Chartered Accountants in England and Wales (ICAEW) revealed that 39% of organisations believe that a lack of skilled professionals is having a negative impact on their business. These existing shortages are also being exacerbated by a reduction in training places available to graduates. In fact, a top executive at Big Four accountancy firm, EY, recently went on record to say that graduate recruitment of auditors and accountants could fall by as much as 50 per cent by 2020. Not just for junior roles Though often inherently associated with labour intensive careers, apprenticeships, particularly at degree level, can provide an excellent route into the employment market for highly ambitious talent with the analytical skills to succeed in accountancy. The levy can provide organisations with the opportunity, and the funding, to address growing skills shortages, and improve talent pipelines into the profession. However, skills shortages aren’t only a concern at entry and junior levels, and many global organisations struggling to fill senior finance roles - indeed we once recruited for a Director of Finance role for a leading global pharmaceutical company which had remained vacant for over a year. Employers should remember that money paid into the scheme, and all associated government co-investment, can also be put towards training existing employees to a higher level than the qualifications they already possess. Offering employers the opportunity to reassess their wider learning and development initiatives and upskill finance professionals in areas which may have previously been put off due to the perceived costs of additional training.

For more insights – check out our blog homepage 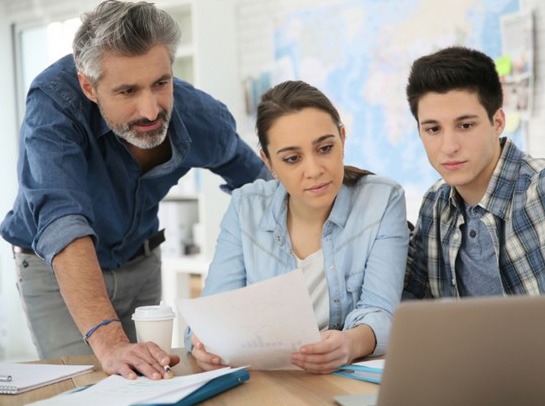 Date: 11 April 2017
Author: Adrian O'Connor
Tags: Apprenticeships
back to blog results
Lizzie Greenwood-Hughes
Host for our Event Discussing Employee Engagement, Motivation and Retention
READ
Do be a time waster!
How to Reduce Wasted Time During Your Job Search
READ
The Taylor Review
What impact will the Taylor Review have on financial professionals?
READ
The Joys of an Ever-Shifting Job Market
READ
Overtime hero?
Achieving true productivity in accountancy isn’t the same as being an overtime hero
READ
Accountant jobs overseas
What you need to know
READ
Identifying the right perks and benefits for you
READ
How to find a job during a recession
READ
Is finance a good career?
READ
The Variants Analysis - Episode 1 with Del Huse
READ
Is a Diversity and Inclusion policy enough? | The Variants Analysis - Episode 6 with Chianeva George
READ
It's Our Birthday
Global Accounting Network is five years old!
READ
From finance graduate to CEO: the story of Corie Barry
READ
Why company culture matters
the ability to engage employees effectively is a valuable asset for any organisation
READ
The Highlights: Our Event Discussing Employee Engagement, Motivation and Retention
READ