According to research-based consultancy Gallup, just 13% of employees worldwide are fully engaged in their roles. Thankfully, our research shows that the UK & Ireland accountancy sector is faring much better – but there is still room for improvement.

If we look at the research results that we obtained from partnering with CIMA on the Salary Survey of 2016, 41% of CIMA members rate their current company’s ability to engage with their employees as ‘average’, with almost one in five (17%) rating their employer’s efforts as ‘poor’. So what’s the actual measurable impact of this?According to studies by the Queens School of Business and Gallup, disengaged workers had 37% higher absenteeism, 49% more accidents in the workplace, and made 60% more errors and defects. Furthermore, organisations with low employee engagement scores experienced 18% lower productivity, 16% lower profitability and 65% lower share price over time.

Clearly, investing in engagement pays dividends – but how can leaders improve relationships with their people?

The answer lies in communication. Leaders that engage with their team most effectively recognise their employees as individuals, identify them for who they are, build their confidence and find what is important to them not only professionally, but also personally. Conversation is the lifeblood of every organisation, and while it’s a given that leaders should be good at the ‘big talk’ they should not underestimate the importance of pleasantries and the personal touch, asking questions to find how they can better support their people.When asked specifically how their employers could better themselves in terms of engagement, those who rated their company’s efforts as ‘average’ said a major improvement would be to improve work life balance and increase incentives. Even respondents who rated their employer’s efforts as ‘good’ said improving work life balance would boost engagement. Perhaps there is a lesson to be learned here.It is worth noting that a separate analysis from recruitment software provider, Kenexa, recently found that if the UK could move its employee engagement levels to the middle of the top quartile, such as that for the Netherlands, this would be associated with a £25.8bn increase in GDP.While it’s reassuring that almost half of CIMA members surveyed for our report said that their employer is doing a good job of engagement, there is no doubt that those who could do better are missing out on the economic and social benefits associated with an engaged workforce. How would you and your team rate your organisation? 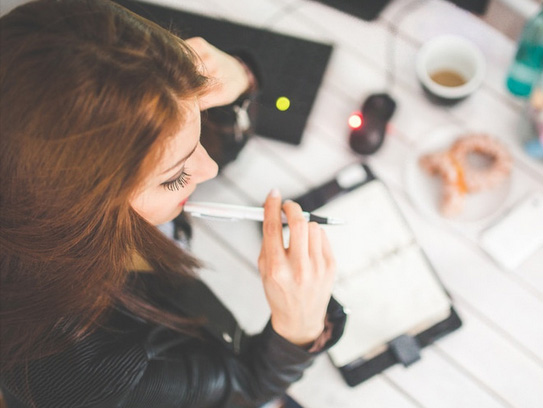 Date: 17 November 2016
Author: Adrian O'Connor
Tags:
back to blog results
Being an Active Candidate in a Tough Market
READ
Why CFOs need to look beyond the figures
Identifying opportunities to significantly increase margin
READ
Productivity boost
Accountants' productivity boosted by training and development
READ
Designing Your Interview Process
How to ensure that you secure your perfect candidate in record time.
READ
Invest in the education you need for a successful finance career
READ
Mental Health Awareness Week
What can we as employers do?
READ
How to find a job during a recession
READ
Gender pay reporting
An opportunity to address diversity question
READ
Karthi Gnanasegaram
Our Host For Our Event Celebrating Inspirational Women and Diversity In the Workplace
READ
What does 2017 have in store?
The best way to predict the future is to create it
READ
The importance of interpersonal skills in accountancy
the increasingly strategic role of the CFO
READ
Treaty Shopping
Major corporate tax treaty will help prevent “treaty shopping”
READ
It's all about people
How to keep your employees successfully engaged
READ
5 Non-technical skills to boost your career in finance
READ
How do you create emotional buy in among your team and maintain an effective dialogue?
READ