what it means for management accountants

The status and success of any company rests on the shoulders of a shrewd accountancy team, and the ability to reap the benefits – and minimise the risks – associated with ongoing changes in legislation is key to the personal success of any accounting professional.

Aside from the headline announcement that UK businesses are now set to become the lowest corporation tax rate payers in the G20, Philip Hammond’s first, and only, Autumn Statement offered CFOs and their teams plenty more to consider as 2017 strategy is finalised.

Looking at employee remuneration specifically, Hammond outlined series of changes to the tax system. The Government has pledged to scrap income and capital gains tax relief for shares awarded under Employee Shareholder Status (ESS), just three years after the scheme was introduced, due to evidence suggesting it is mainly being used for tax planning. The Chancellor also announced the removal of tax and NI benefits for salary sacrifice schemes, with the exception of childcare, cycle to work and ultra-low emissions cars schemes and pensions. The Government’s previous pledge to up the personal allowance and higher tax rate threshold still stands.

Employer and employee NI thresholds are also due to be aligned – the insurance premium tax will rise to 12% from 10%; while the taxation of people working in different structures is set to be equalised.

Looking at business investment, Hammond announced that an extra £400m would be injected into the British Business Bank to then be placed with venture capital funds. It’s hoped this will unlock £1bn of new finance for growing firms and encourage more to resist the temptation to sell out earlier in search of a big payday.

One thing the Autumn Statement didn’t offer was an update on the Making Tax Digital consultations, which is unsurprising when you consider that the proposals received over 3,000 responses by the consultation deadline just two short weeks ago. The Government has, however, committed to publishing a response in January. We await the outcome with bated breath.

While Hammond’s announcement was designed to be pro-business in a time of market uncertainty, only time will tell if it offers financial planners the level of confidence they need to push on with short and medium term strategies for investment. One thing is for certain, there’s enough here to keep management accountants on their toes until the first of next year’s Budget’s this coming spring. 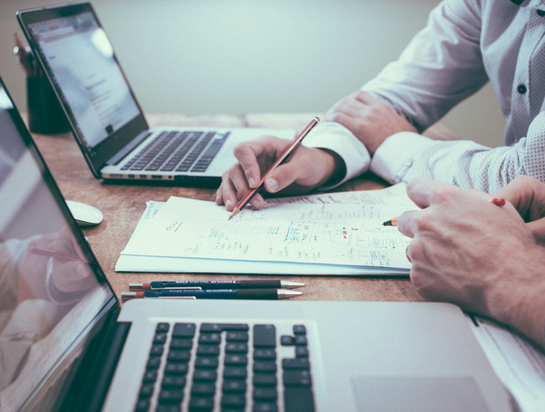 Date: 25 November 2016
Author: Adrian O'Connor
Tags: uk Business
back to blog results
Being an Active Candidate in a Tough Market
READ
A solid work life balance is a non-negotiable for a successful recruiter
READ
Are accountants confident in the economy?
faith in the UK economy remains stubbornly resilient
READ
Productivity boost
Accountants' productivity boosted by training and development
READ
Things go wrong, particularly in a people business.
It's how you deal with it that counts.
READ
Susan Claris
Our second speaker for our event Celebrating Inspirational Women and Diversity in the Workplace
READ
White Paper - Our Employee Engagement, Motivation and Retention Event
READ
Is a Diversity and Inclusion policy enough? | The Variants Analysis - Episode 6 with Chianeva George
READ
The Variants Analysis - Episode 5 with Buster Kennett
READ
STOP...Don't leave now...
Ask not what my employer can do for me, but also what can I do for my employer.
READ
Designing Your Interview Process
How to ensure that you secure your perfect candidate in record time.
READ
The Finance Bill
what the cuts mean for accountants
READ
How do you create emotional buy in among your team and maintain an effective dialogue?
READ
The Highlights: Our Diversity Event Celebrating Women in the Workplace
READ
Accountant to CFO or CEO
Where your finance qualification can take you
READ