What does it mean for accountants?

With International Women’s Day having taken place earlier this week, there is arguably no more pertinent time to discuss the importance of women in leadership and the gender pay gap. Numerous studies prove that companies with females in senior management roles have a clear competitive edge. When senior leaders are too alike, they are more likely to share one common perspective and address challenges in the same way, while by contrast, diverse executive teams are more likely to innovate and be successful. But what does gender pay disclosure mean for the profession?

Worryingly, figures from the Chartered Institute of Management Accountants’ (CIMA) ‘Breaking glass: Strategies for tomorrow’s leaders’ report found that on average, male CIMA members earn 24% more than female CIMA members in the UK. According to the Office for National Statistics (ONS) the picture is similar across the wider profession, with female chartered accountants earning on average 11% less than their male counterparts. Mandatory gender pay gap reporting, which came into force in October 2016, will require organisations with over 250 employees to review gender pay data for the first time in April 2017 and employers will be required to analyse and publish this data no later than April 2018. In addition to both a median and mean calculation, employers will be required to report on the number of men and women working within salary quartiles. For professionals working in practice these annual publications are likely to be particularly revealing, highlighting pay discrepancies between male and female colleagues performing the same role. While for management accountants it is likely to reveal inconsistencies between male and female employees within levels of seniority, for example a female CFO would be able to review her own pay in comparison to her male C-Suite peers.

With the gender reporting regulations likely to reveal what many female accountancy professionals already suspect - that they are being paid less than their male colleagues - it’s clear that the profession as a whole needs to take a new approach to promoting inclusivity. The gender pay gap is no doubt, at least in part, caused by a lack of women in senior roles, and in fact, CIMA’s research found that female members are six times less likely than male members to occupy senior roles such as CFO or CEO. According to case studies complied by CIMA, the main challenges faced by female management accountants are achieving a satisfying work-life balance, and the difficulty of being taken seriously in a male dominated business. However employers can help to address these challenges and improve female representation by encouraging mentoring, offering flexible working practices, and actively providing female employees with opportunities for professional development. With gender pay reporting set to reveal discrepancies in pay, there is no longer anywhere for employers to hide. Organisations need to ensure that they actively encourage females to apply for leadership positions and make selection criteria and processes transparent if they hope to increase gender diversity and readdress growing remuneration imbalances. For more insights – check out our blog homepage 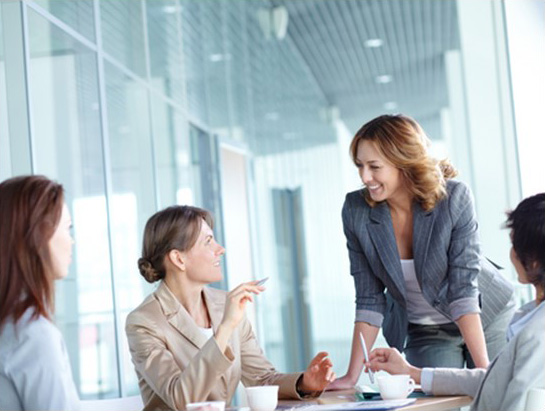 Date: 07 March 2017
Author: Adrian O'Connor
Tags: Gender Pay, Remuneration,
back to blog results
Bridging the gap in the finance skills market
READ
How do you win at a finance career?
READ
10 common Interview Mistakes
READ
Why CFOs need to look beyond the figures
Identifying opportunities to significantly increase margin
READ
The apprenticeship levy
What does the apprenticeship levy mean for the accountancy profession?
READ
Why Employee Engagement Matters: the measurable impact
Clearly, investing in engagement pays dividends
READ
The Joys of an Ever-Shifting Job Market
READ
David MacLeod – Our Second Speaker on Employee Engagement, Motivation and Retention
READ
Designing Your Interview Process
How to ensure that you secure your perfect candidate in record time.
READ
It's all about people
How to keep your employees successfully engaged
READ
Why are driven employees shying away from taking time off?
READ
Edward Jamieson, Finance Director UK at JUST EAT | How a career doesn’t need to be limited to the big four to be successful and fulfilling
READ
The Variants Analysis - Episode 1 with Del Huse
READ
Things go wrong, particularly in a people business.
It's how you deal with it that counts.
READ
How to create a winning CV
As an accountant your CV should not only be an accurate representation of your experience
READ