Are accountants confident in the economy?

Despite uncertainty surrounding the upcoming election, the volatile pound and the eventual terms of Brexit, it seems that faith in the UK economy remains stubbornly resilient. But are accountants confident in the future prospects of their businesses?

The British Chambers of Commerce recently reported that Britain’s companies had a solid start to the year with conditions expected to continue improving throughout 2017, suggesting that the resilience of the economy since the vote to leave the European Union is holding up. According to a survey of its members, domestic and export sales increased compared with the end of 2016, hiring intentions were up and confidence in turnover and profitability was improving. The results echoed recent economic indicators that suggested the economy expanded by at least 0.4 per cent in the first quarter. The Federation of Small Businesses has also reported that sentiment among members is at a 15-month high.

According to the latest ICAEW UK Business Confidence Monitor (BCM) - which is based on official data and a survey of 1,000 UK businesses to determine confidence, financial performance, challenges and expectations for the year ahead – the UK continues to enjoy a good degree of ‘economic momentum’. Respondents are chartered accountants working in businesses of all types, across every economic sector and in all regions of the UK. The findings indicate slower, though still respectable, growth in 2017, close to the average from 2010-2013. While business investment looks to be largely on hold this year, until the impact of Brexit negotiations on the UK economy become clear. While a 1.9% fall in business investment in 2017 isn’t ideal, compared to the 16% drop recorded during the global financial crisis in 2009, this is largely seen as a ‘pause on spending rather than a collapse’. It seems that management accountants are, unsurprisingly, taking a risk-adverse approach to future planning. However, a quiet confidence in the market remains evident. According to the ICAEW’s report, firms believe they will maintain their profit margins in 2017, despite rising input costs. And with the Bank of England likely to keep borrowing costs low, investment has every chance of rebounding once we have more clarity on the UK’s future relationship with Europe. 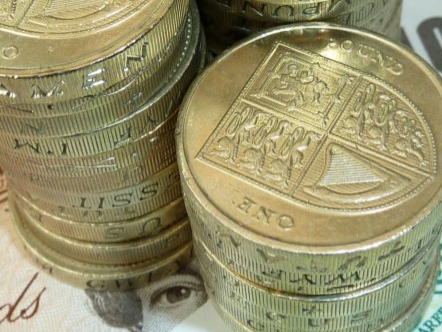 Date: 08 May 2017
Author: Adrian O'Connor
Tags: Brexit
back to blog results
Feed a hungry child
Answer two quick questions and help Magic Breakfast feed a hungry child
READ
The Variants Analysis - Episode 4 with Gavin Adair
READ
Accountant to CFO or CEO
Where your finance qualification can take you
READ
Why are driven employees shying away from taking time off?
READ
Karthi Gnanasegaram
Our Host For Our Event Celebrating Inspirational Women and Diversity In the Workplace
READ
Gavin Adair, CEO at Rosa's Thai Café | Career risks and becoming a CEO of a 30 restaurant group
READ
How to build a successful career in recruitment
READ
The importance of interpersonal skills in accountancy
the increasingly strategic role of the CFO
READ
Embracing automation
The changing role of the accountant
READ
Overtime hero?
Achieving true productivity in accountancy isn’t the same as being an overtime hero
READ
Bridging the gap in the finance skills market
READ
How can the finance world help society?
READ
M&A boom
good news for accounting specialists
READ
The Joys of an Ever-Shifting Job Market
READ
Recruiters to take part in London Triathlon
Supporting the Race Against Blood Cancer
READ