what the cuts mean for accountants

The Finance Bill has been rushed through Commons, minus 72 of the proposed 135 clauses. But what do these 11th hour cuts mean for accountants in the short term?

The announcement of a snap General Election has put the buffers on planned changes around dividend incomes, an overhaul of the non-dom rules and plans to force all businesses to keep digital tax records. Changes to corporate loss relief and interest deductibility – designed to counter the use of aggressive avoidance methods – have also been postponed. For many in-house accountants, who have begun to plan and act based on draft legislation, this has understandably created some confusion – with measures already being implemented before they become law.

The Chartered Institute of Taxation recently went on record to welcome the announcement, but stressed the fact that there is still uncertainty around whether all the measures would be introduced on the date originally planned. Bill Dodwell, president, has called on the government, “to make a clear statement about whether — if re-elected — all of the clauses dropped will be reintroduced on the original timetable.” Indeed, for a discipline which is founded on solid information and thrives on predictable patterns, this state of limbo is mildly disconcerting.

Making Tax Digital: the most significant of cuts to the Finance Bill?

Looking at Making Tax Digital in particular, it is no secret that these controversial changes – designed to force companies away from annual returns – have caused much dispute around the viability and timescale of the proposals. This contention culminated with the ICAEW, the Federation of Small Businesses and ACCA joining forces to call for all clauses relating to MTD in the Finance Bill to be removed. Since the Finance Bill was slashed, Junior Minister Jane Ellison, Financial Secretary to the Treasury, told Parliament there has been no policy change and that Making Tax Digital is among the measures the Conservative Party plans to pursue in the next Parliament – although it’s anyone’s best guess what’s been going on behind the scenes. For Government, shelving proposed changes provides a little extra breathing space to scrutinise and fine-tune complex, even revolutionary, proposals. For accountants, this delay offers the gift of a little extra time to ensure that their house is in order should these changes come into fruition. And with just six weeks to go until Election Day, this unwelcome uncertainty should soon come to an end, enabling professionals in this area to make well-informed decisions, leading to future stability, growth and profitability of their organisations.

For more insights, check out our blog homepage 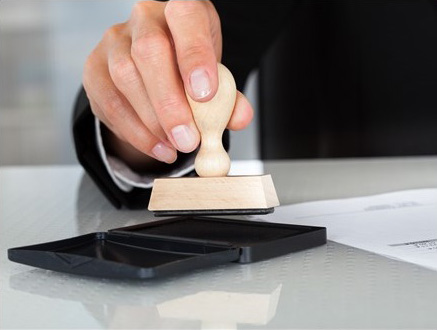 Date: 12 May 2017
Author: Adrian O'Connor
Tags: Legal
back to blog results
A solid work life balance is a non-negotiable for a successful recruiter
READ
Focus on engagement
Improve efficiency, productivity, success
READ
The Highlights: Our Event Discussing Employee Engagement, Motivation and Retention
READ
Why Employee Engagement Matters: the measurable impact
Clearly, investing in engagement pays dividends
READ
M&A boom
good news for accounting specialists
READ
Race Against Blood Cancer
Global Accounting Network takes part in the London Triathlon
READ
Productivity boost
Accountants' productivity boosted by training and development
READ
How to Retain Top Talent
READ
How to build a successful career in recruitment
READ
Recruiters to take part in London Triathlon
Supporting the Race Against Blood Cancer
READ
David MacLeod – Our Second Speaker on Employee Engagement, Motivation and Retention
READ
Michaela Henshaw
Our third speaker at our event Celebrating Inspirational Women and Diversity in the Workplace
READ
STOP...Don't leave now...
Ask not what my employer can do for me, but also what can I do for my employer.
READ
How to create a winning CV
As an accountant your CV should not only be an accurate representation of your experience
READ
Global launches mobile app
Global Accounting Network launches new mobile app for accountancy jobs
READ